Referred to as the “Kyoto of Eastern Japan“, Kamakura is a coastal city in Kanagawa Prefecture that is known for its historically significant temples, shrines, and other monuments. The city is also known for its sand beaches and seasonal festivals that are usually based on its historical heritage.

Considered as the second tallest Buddha statue in Japan, The Great Buddha is undeniably the most popular tourist attraction in Kamakura. This huge 11.4m statue is built in 1252 in Kotoku-in Temple. The statue has a hollow interior which allows visitors to take a look at what’s inside.

Aside from The Great Buddha, Kamakura also has a number of temples and shrines, with Tsurugaoka Hachimangu Shinto Shrine as one of the most visited ones. Every New Year, it registers over two million visitors, making it one of the most popular shrines for hatsumode (the year’s first visit to a shrine). The shrine has a large red torii gate at its entrance and a small shrine museum inside which displays various kinds of swords, masks, and documents.

Hokokuji Temple is also a must-visit place in Kamakura. This small temple is known for its beautiful, small bamboo grove found behind the temple’s main hall. The narrow bamboo pathway will lead you to a small tea house. For a cheap price, you can already enjoy a cup of matcha tea while enjoying the view of the bamboo grove.

Another visited temple in Kamakura is Hasedera Temple, famous for its eleven-headed statue of Kannon, the goddess of mercy. Upon entering the temple, you will be greeted by a pretty garden with ponds. There is also a museum inside which exhibits numerous Buddhist statues, a temple bell, and other treasures that belong to the temple. The whole area also has free Wi-Fi and QR codes that will lead you to Hasedera’s official website which is available in several languages.

Festivals and other celebrations

Unlike Kyoto, festivals in Kamakura are relatively small-scale and are attended mostly by locals and a few tourists. These events are often sponsored by private businesses. Every January, as it is the first month of the year, many businesses and other working forces, and even the temples and shrines all over Kamakura, organize events to pray for their own health and safety, and for a good and prosperous working year. These events bring a lot of people in the city. January celebration usually lasts from January 1st to 15th.

Kamakura also welcomes spring through a celebration every April of the year. The Kamakura Matsuri is a week-long festival held starting the 2nd Sunday of April to welcome in spring. It includes traditional theatrical performances, tea ceremonies, and—the most popular event—horseback archery. Though, just like any other event in Japan, this celebration is canceled due to the coronavirus outbreak that the whole world is struggling with.

Because Kamakura is a coastal city, it is also a popular getaway place for those who want to escape the nearby cities of Tokyo and Yokohama for some sunbathing, swimming, and surfing. Two of the most popular beaches in Kamakura are Yuigahama and Zaimokuza. A lot of people visit both beaches during the summer season due to its convenient location and good facilities. The official beach season in Kamakura lasts from July to August and that’s when the place gets really crowded. During that season, beach huts and rental shops are being opened to provide visitors with shade, changing and shower rooms, food, and drinks.

Kamakura was considered as the de facto capital of Japan during the Medieval Age when Minamoto Yoritomo chose it as the seat for his new military government in the late 12th century.

Where to stay in Kamakura?

Just like how there are a lot of historical and traditional places to go to in Kamakura, there are also a lot of apartments and houses in the area that are designed in a traditional manner but with a touch of modern design and equipped with modern amenities.

One place that KaguAruoo highly recommends is this 4LDK Kamakura House which is only 8 minutes away on foot from The Great Buddha. The house is also very near to other famous attractions like Hasedera Temple and Yuigamaha Beach. The house is also equipped with complete amenities that you will need during your stay. This is the perfect place to stay if you are traveling with friends or your family. 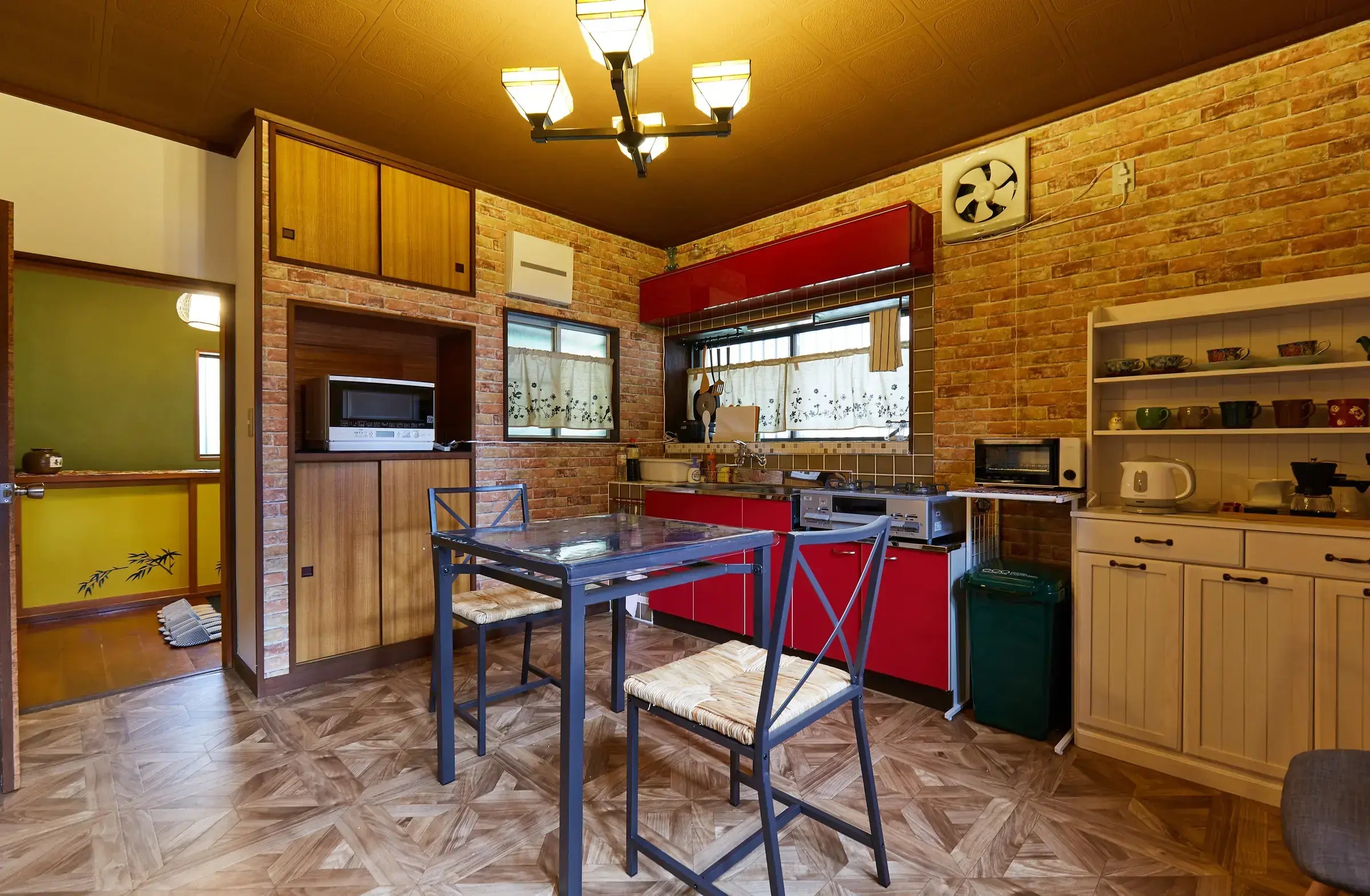 Situated just 15 minutes away from Kamakura Station, this spacious and cozy 3LDK house can also be rented for a fixed-term lease. There are many temples near the house, including Houkokuji, the famous bamboo temple, which can be reached for a few minutes on foot. This traditional house has a living room, a dining room, and a bedroom on the 1st floor.  There are also two tatami rooms on the 2nd floor for those who prefer to stay in a more traditional Japanese-styled room. The house is also equipped with complete amenities including hi-speed internet and portable WIFI. In addition to that, there are also bicycles for the occupants to use freely, perfect for going around the area and enjoy the view. 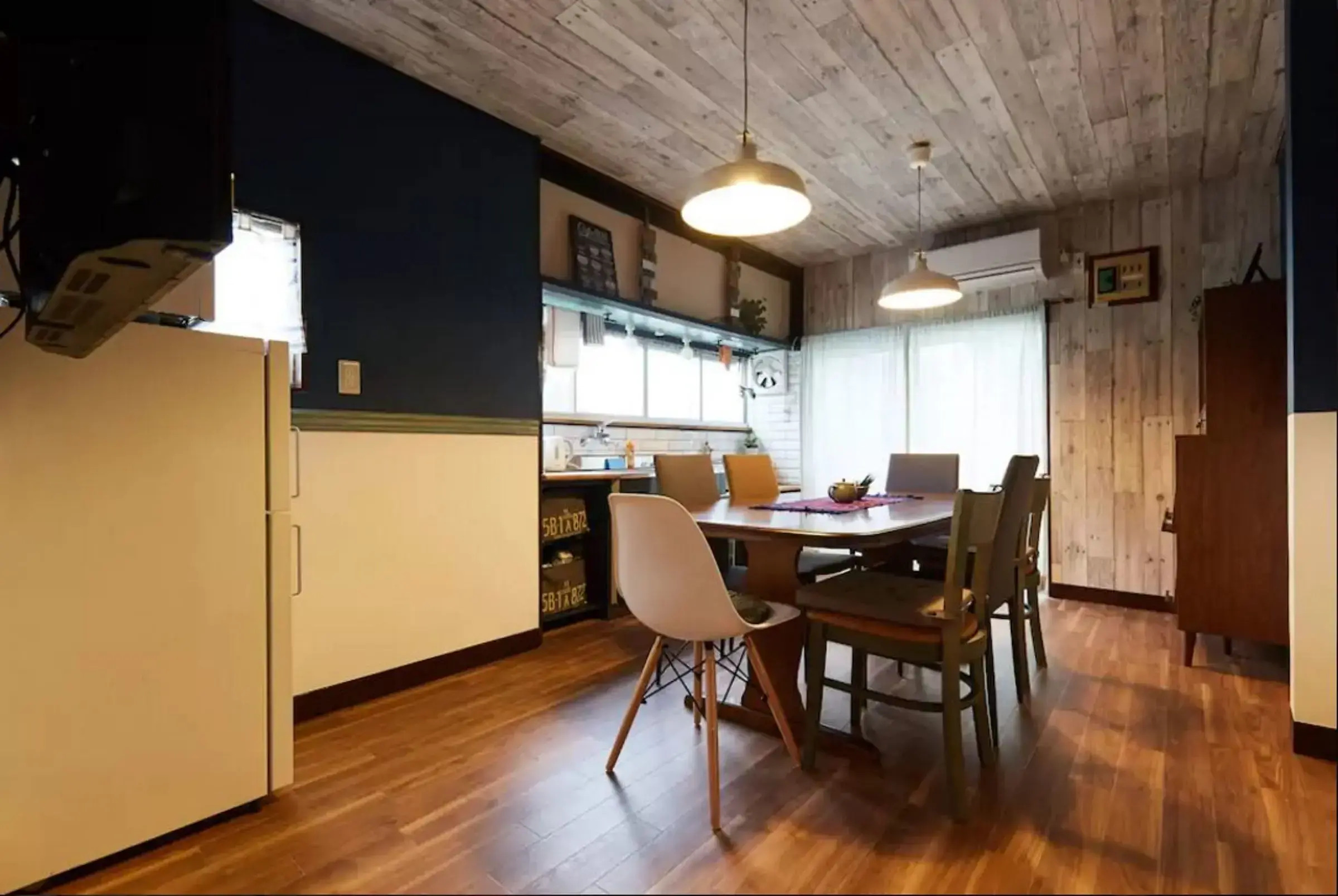 Dance the night away in Shibuya at Womb, the club from the film Babel

The mesmerizing wisteria at the Kamitoba Sewage Treatment Plant

Getting Around Fukuoka – Japan's Ramen Capital And Much More

Tour around Chichibu in Saitama Prefecture

View the lilies of Shinobazu Pond

Dance the night away in Shibuya at Womb, the club from the film Babel

The mesmerizing wisteria at the Kamitoba Sewage Treatment Plant